I was approached a bit ago to help someone make use some wood they had tucked away in their barn. They needed a table made and I agreed to go climbing in the barn to investigate. What we found was a stash of walnut boards that they had milled from a fallen tree on their land. It had been drying for quite some time in the top of a barn so it was an adventure. First things first, we starting sketching some ideas for a trestle base. The wood was a bit rustic in quality, so I thought a trestle table might be fitting. At the time the kids and I were making models of their treehouse project. In the spirit of that model making, we decided to make a model of the table design. 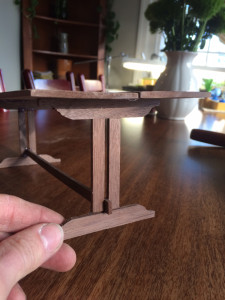 After client approval, the building began! The first thing to note is that drying wood is a tricky art. I usually buy from sawyers that are reputable. This wood from the barn had a lot of twist. I cut it into smaller pieces, flattened it, waited to see if it was going to move again, then flattened it once more. The other thing that kept coming up were hidden nails. Nothing puts a damper into a nicely sharpened tool like a secret nail. They look really cool when they come shining through but they ruin tools. See the nail in this photo. 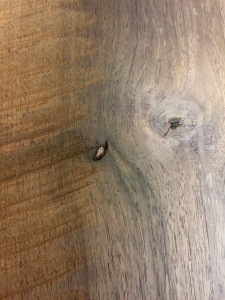 After milling, and some mortise and tenon joinery, the base could be dryfit. 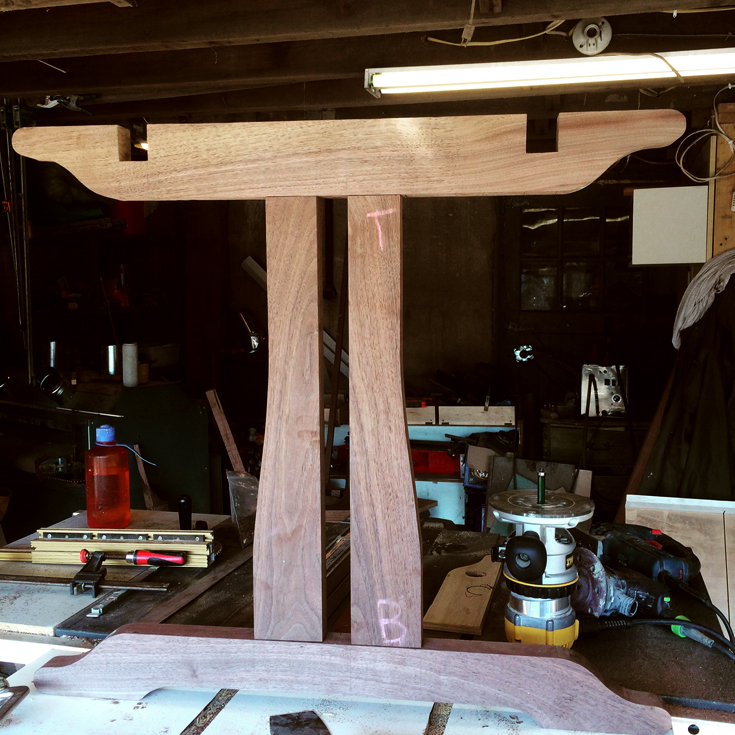 Now the top has been glued up and its time to get to some sanding before gluing the base together. Ill post more pictures when it comes together.